In the United Kingdom and Europe as a whole, supermarkets are in fierce competition for clients. With the pandemic’s onset, supermarkets have even faced stiffer competition from online groceries stores and strive to win even a greater market share. With supermarkets and food chains boasting of offering five-star services, providing quality services & food and offering the best deals, it is hard to know where to order take-aways or get a list of healthy food stores where you can order and deliver right on your doorstep. This article seeks to discuss some of the best supermarkets in Europe. It has focused explicitly on supermarkets as they offer various benefits, including; 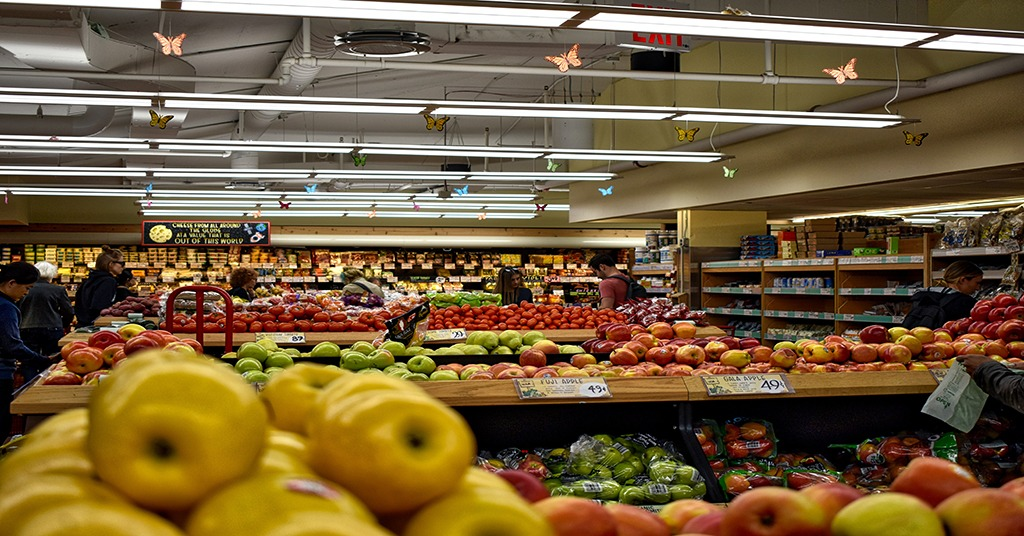 Thus supermarkets remain the preferred destination for shopping for various items from groceries to other home essentials.  Below are the best supermarket chains in Europe.

This is one of the most respected and oldest European retail brands. The first Carrefour hypermarket was open in 1963 by the Carrefour group, who were among the initial retailers to introduce the hypermarket concept in Europe. In subsequent years, its chains have extended internationally, and it has a presence in Africa, Europe, Middle East, South America, and Asia. It has also been able to enter even some of the most prospective markets, including India, China and Brazil. Carrefour has established itself as a socially responsible supermarket that focuses on traceability, food quality, supporting agriculture sectors and making organic products, and reducing the use of plastic packages.

This is a family-owned international retail group that operates a chain of hypermarkets and supermarkets under the names: Kaufmarkt, Handelshof and Kaufland, and a discount store under the brand Lidl. It has its presence in 18 countries in Europe and operates about 1300 stores. In 2019 the company had plans to expand to Australia but stopped the expansion at the start of 2020 and now only focuses entirely on the European market.

This is the second biggest supermarket chain in Germany and has operations in 10 more European countries. REWE is a cooperative that was founded in 1927. It is owned by 3,000 of its independent retail members. Its sales line comprises REWE, REWE CITY, REWE CENTER, BILLA AND toom supermarket and consumer stores, the discounter PENNY, nahkauf local markets B1 Discount DIY stores and the toom DIY stores.

This is a British general merchandise and global groceries retailer. It is present in seven countries through Europe and Asia and in the UK. It leads the market in the retail of groceries. In addition to stores and supermarket Tesco, UK, also owns the Tesco retail bank. Its bank has over 5 million clients and offers personal loans, credit cards, home & pet insurance and savings products.

This is a French-based global retail group and one of the world’s biggest retailers with a presence in Italy, France, Portugal, Spain, Poland, Luxembourg, Hungary, Taiwan, Romania, Ukraine, and Russia. Since 2017 it has had several convenience stores in China. To help expand its digital trade model, it signed a deal with HiSense where clients must identify themselves with an application and scan their products at the cash register. To pay, clients can use Alipay, and We chat applications.

Edeka is one of the leading supermarkets in Germany with a market share of about 20%. It also owns Netto, a discount supermarket. The supermarket has been excellently rated when it comes to client satisfaction. It operates more than 13,000 supermarket chains offering jobs to over 370,000 employees throughout the country.

This is a supermarket chain that has more than 600 stores in the UK. Manchester, London and Leeds are the citied it has the greatest number of supermarkets with 10, 12 and 10 supermarkets respectively. It also has a chain in Yorkshire that focuses on hypermarket format stores and low priced products.

This is a globally popular department store that sells food together with homewares and fashion. It has 561 food stores operative in the UK. In Glasgow, it has 10 food stores, 43 in London and 9 in Reading. Marks & Spencer Simply Food has the biggest number of supermarkets in these three cities.

In conclusion, it can be challenging to locate reputable supermarkets to shop, especially for visitors. This article seeks to help you find reliable supermarkets you can do your shopping in Europe.